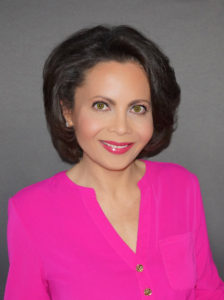 Julia Davis is a Ukrainian-born producer, director and screenwriter in the film and television industry. Julia is a member of the Academy of Arts & Sciences, Screen Actors Guild, Federal Law Enforcement Officers Association and other guilds, unions and organizations. Julia’s parents were both accomplished engineers in their respected fields. Following in the family tradition, Julia earned a Master’s Degree in Aviation and Spacecraft Engineering. She is multilingual and speaks several languages fluently, including English, Spanish, Russian (native speaker) and Ukrainian (native speaker).

Julia is an internationally-known Russian Media Analyst. She created the website “Russian Media Monitor,” which actively debunks propaganda and monitors Russian media. Julia writes as an Investigative Journalist, discussing foreign policy, international and domestic affairs and other issues. Julia’s articles about Russian propaganda have been read, translated and shared all over the world.

Julia works in support of charitable organizations, such as the City of Hope, Wounded Warriors Chapter, Therapeutic Living Center for the Blind (sponsored by the Conrad Hilton Foundation), American Society for the Prevention of Cruelty to Animals and Humane Society, previously working with the “Medal of Honor Society” to pay tribute to our American heroes. During her career years in the film industry, Julia Davis served as a stunt double to Academy Award winners Angelina Jolie and Helen Hunt, working in the international film franchise, “The Amazing Spider-Man 2″ and knows all aspects of production – from concept to delivery, including domestic and foreign distribution for all media markets.